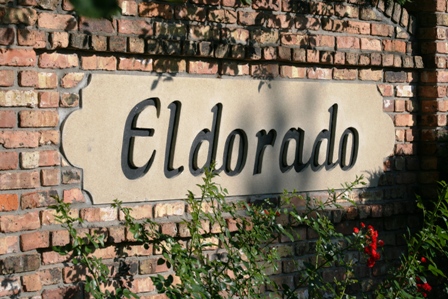 Eldorado is a single family home neighborhood built in the early 1970’s by Chuck Rasmussen and Winnie Adams, the principals of Damark Properties, Inc. in Omaha, Ne.

Phase II of Eldorado was platted in 1972 where subdivisions incorporated the zero lot line concept which was popular for a time in some areas of the western states. The theory behind the zero lot line concept was that if the dwelling was built on one side of the lot rather than in the middle of it, the area on the other side of the lot would be wide enough to be functional for some type of use. However, while the developments in cities such as Phoenix and Las Vegas marked their boundaries with masonry or stucco walls 6 feet high or higher, walls were not utilized in Phase II of Eldorado, as a result of which the lines of demarcation between neighboring lots became somewhat blurred, with the subdivision appearing from the street to be no different than other subdivision.